You are here: Home » Explore » International » 20 Things Americans Need to Know When Traveling to Britain

20 Things Americans Need to Know When Traveling to Britain If you’ve been following my Instagram feed, you’ve likely caught on that we just returned from an awesome 10 days in the UK. Our trip started by flying into Heathrow, taking a train to Glasgow, driving, taking a ferry and more driving into Islay (where we actually stayed in Bruichladdich Distillery instead of a hotel!), then back south to Moffat, Sheffield, Gorleston on the Sea, and finally back to London. It was a wonderful whirlwind that I’ll share with you over the next few weeks. Since it had been several years since I’d been to Britain, there were a few things that I had forgotten which would be helpful for any American traveling there for the first time, or as a refresher. Here’s my running list of “need to knows.” 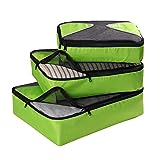