You are here: Home » Reviews » What to Read » Scary Books for Kids of all Ages

Scary Books for Kids of all Ages 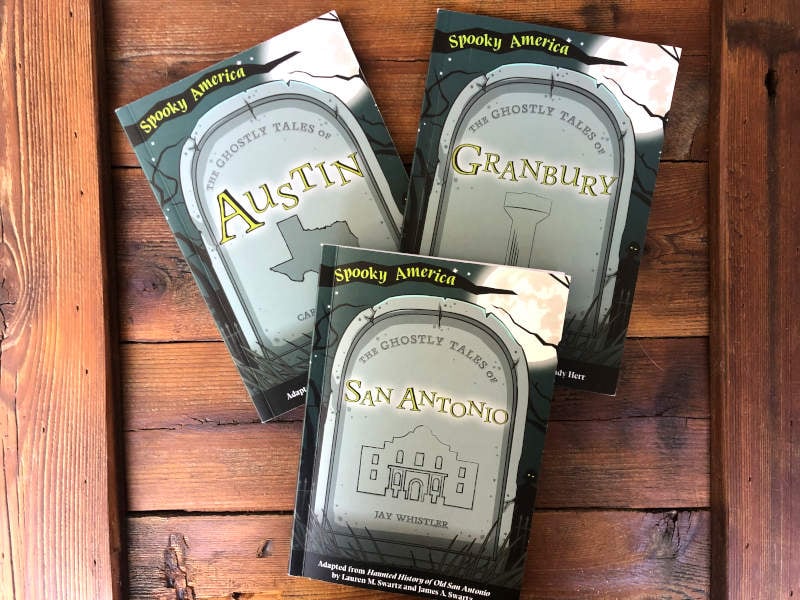 Whether I’m “Booing” the neighbors or putting together a Halloween giftie for my own little ghoul (she’s a teenager, I can say that), I always have my eye out for the perfect items to give. And because I’m always trying to trick her into reading, I think these ghost stories books are the perfect add for this year’s bucket.

Maybe because they’ve seen my post on all the haunted places I’ve stayed in, but the nice folks at Arcadia Children’s Books sent a few free copies of their Spooky America series to review – and I’m currently obsessed with them. (All opinions are my own.)

There are 32 books in the entire collection, and each one features a city/state and the “ghostly tales” that have been told about landmarks, hotels, and other areas in that featured region. They are written for kids, but really, I dove right in and found the ghost stories super entertaining.

Each edition is adapted from a longer, more adult book featuring the paranormal in that same geographic area. Think of these as a Cliff Notes version (am I dating myself, who remembers using Cliff Notes to get through school?) of a deeper, more adult retelling of these scary haunts. The result is a quick read, perfect for my short attention span and busy schedule – or teenager. They’re also stuffed full of history since most of the haunts are rooted in events of the past, which I like for my history-loving teen who specifically requested to visit the haunted plantations of Louisiana this past summer.

The three books I have been enjoying feature the Texas cities of San Antonio, Austin, and Granbury. To give you an idea of the format, in 7 short pages of the Granbury edition chapter 1, I learned that the Nutt House and Hotel became the county seat of Hood County, was built by two blind brothers in 1893. Through their family lineage and management, the hotel’s restaurant was run by a feisty granddaughter who – per the stories – is still calling the shots despite having passed in 2001. She’s said to be seen walking up the stairs repeatedly. She also appears to have a special attachment to room 4 where guests have plenty of stories about various paranormal activity, including lighthearted pranks with window shades and more scary encounters with being shaken awake, and much more. Each book is journal-sized, about 100ish pages, with roughly 9 chapters. Today’s retail cost is $12.99 each but they are discounted for a Halloween promotion.

My own sixth-grade self is tickled that I can revisit the topic of my science report with the Ohio books about Cleveland and the State Reformatory, but I’m hoping they’ll expand into the many stories along the Underground Railroad. I do wish I still had a copy of that old paper I wrote!

I especially appreciate that the table of contents features a map key so if you were to visit the area that you’re reading about, you’d have a great location reference of where each story originates. For example, we visit Chattanooga every Thanksgiving and take in the area battlefields and historic sites. This year, I can bring a copy of The Ghostly Tales of Chattanooga to read on the plane and prepare for our next family drive. And the next time our soccer team in on the Austin and San Antonio circuit, I’ll throw these in my bag to see which location is near the fields for a little detour.

These are fun books for both adults and kids at least 11 years old and up depending on your comfort level with the topic matter. You can order them from the Arcadia Publishing website which is really worth a visit to see the incredible depth of location-based, historic topics, or check out the Spooky America book series on Amazon. Day of the Dead Cakes

Day of the Dead cakes are easy to make and look great. In fact, I think they may become an annual tradition in my house. Here’s how I made them.

END_OF_DOCUMENT_TOKEN_TO_BE_REPLACED

Feeling neighborly? Halloween is round the corner and it's the perfect time to surprise your friends with a little "Boo." If you aren't familiar with the tradition, it's a fun one! Simply put a few treats together and leave them at a neighbor's house to make their...

END_OF_DOCUMENT_TOKEN_TO_BE_REPLACED 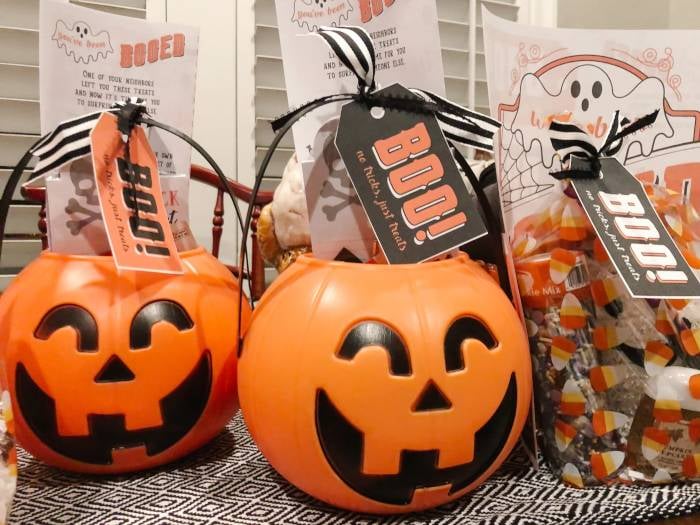 How to BOO your neighbors

Boo'ing the neighbors is a fun little tradition around our parts. Your doorbell rings but when you go to see who it is, there's only a festive Halloween package full of goodies perched on your doorstep -- and typically a car speeding away around the corner.  ...