You are here: Home » Explore » My list of haunted hotels

Have you ever stayed in a haunted hotel? You’d know if you had. There’s definitely a certain vibe you get when you enter – the energy just feels different. I recently stayed in my fifth haunted hotel and while I didn’t know until after I had checked out, (when someone asked me where we stayed and I told him and without a beat said, “That’s haunted.” Like so matter of fact everyone knows that. Sheesh.) I suspected it was “special” from the moment I walked in. I’m glad I didn’t use search up the Google until I was safely at home, but my suspicions were confirmed pretty quickly and in a somewhat amusing way. I would imagine that the Skirvin — now a Hilton Hotel in Oklahoma City, would not appreciate being advertised for having a spirit residing within it’s walls, but regardless of “Effie” the mischievous permanent roaming guest, the hotel is beautiful. Built in 1904 and on the US National Register of Historic Places, the hotel has since been renovated to restore the original exterior finish, historically accurate windows, reconfigured guest rooms and elevators. The Skirvin hotel is named after it’s original owner, oilman W. B. Skirvin, who was reputed to be a “notorious womanizer and drinker,” along with a list of other vices, and the ghost is thought to be his former mistress/maid of whom he fathered a child. The legend goes that Skivin locked her and the child in a room on the top floor of the hotel to keep his secret, but the maid became so distraught she threw herself and child out the window. Now “Effie” (nicknamed by the employees), still a woman of questionable morals, will use her voice to proposition men in the hotel among other (maybe just funny to women) things. There are several stories of NBA players having been subject to her shenanigans, and ultimately effecting their game performance.

I’m no NBA player so I was able to enjoy my brief stay, including the the elegant art deco lobby and stately red piano bar. I’d definitely return to Skirvin’s OKC jewel. Read more about the history of the Skirvin Hotel here.

Before we go on, let’s be clear here, I am no ghost hunter. I’m not looking for creepy hotels to stay in, but I have a fond appreciation for the architecture of long ago, and give a great nod to exquisite details of an historic restoration. After staying at the Skirvin, I started thinking about the other “haunted” hotels that I’ve overnighted at, most unwittingly like the Hotel Skirvin. I was surprised at how many were on my list.

Here are my other 4 notably haunted hotels:

Okay kids, this one is no joke. It’s pretty well-known for it’s creepiness – and beauty. This stunning hotel which opened in 1909 offers panoramic view of the Rockies, and is also on the National Register of Historic Places. It’s where the Shining was inspired, written, and filmed. Yes, there are lots of stories about paranormal activity, yes I did know before I checked in (and ALMOST stayed somewhere else). Yes, I DID experience an “occurrence” and there is NO EXPLANATION for what happened. Here’s how it went down: Big Daddy and I were staying there for a friend’s wedding and about 3 a.m., there was what sounded like a heard of children shouting, playing, and pounding up and down the hallway. It woke me up and kept me up. I finally got so ticked off that I got out of bed and looked through the peep hole. I couldn’t see anyone but still heard it, so I got back in bed. It happened AGAIN. When it happened yet again, I went to the door and tossed it open it to give them a piece of my mind and tell them to go find their irresponsible parents before I did, but there wasn’t a soul in that now silent hallway. I immediately had chills and sat up frightened the rest of the night because I would swear in a court of law that there were children racing the hallways outside my door. Of course, the snoring like a Mack truck spouse of mine slept through it (except for the part where I hit him repeatedly to wake him up and tell him, completely trembling…) and he found great humor in teasing me about my vivid imagination. He still didn’t believe me until the next day when we were at breakfast at a restaurant away from the hotel, and we overheard someone at the table next to us recounting the very same event. Queue the goose bumps. No thanks on a return sleepover. Creep factor – level high. This downtown beauty is the oldest operating hotel in Austin, built in 1886 by cattleman Jesse Driskill. It’s rightfully considered a premier hotel in Texas and is currently owned by Hyatt. It’s also known to be one of the most haunted hotels in the United States. While I can’t give you a story anywhere close to the one at the Stanley, I can say that this gorgeous hotel has that same “off” energy, but it’s easily forgotten due to its sophisticated Texas stylings. I’d definitely rebook here. This is the oldest hotel I’ve ever stayed in, built in the 16th century. Like the Skirvin, I had the good sense not to inquire about any paranormal until we were checking out. You have to figure that any hotel that Mary Queen of Scots has stayed in, has to have plenty of stories within its walls. Read my review and see photos here. The luxuries that this hotel offers far outweigh any rumored ghosts – although I won’t stay in that one suite, no thanks. Stately and majestic, this late 19th century hotel is one of the most regal you’ll ever stay at. It’s aptly named, The Grand, as it is such. While considered one of the most haunted areas of Michigan, it’s quickly forgotten among the tradition and sights within this pearl. The hotel is often recognized as the backdrop in the 1980’s film, Somewhere in Time, so it’s ironic that the ghostly residents are also suspended within from a time long ago. We thoroughly enjoyed our visit here, and while it’s on this list, it was only as an afterthought. Creep factor low, in my opinion. Read about our visit to Mackinac Island here.

The one common thread with each of these hotels is their distinctly historic roots and their timeless beauty. Each has been carefully restored to grandeur and has offered a luxurious overnight for guests. Aside from the unexplainable events at The Stanley, staying at each has been a special and memorable treat that I would jump at the chance to stay in again.

Have you stayed in a haunted hotel? Which one and did anything unexplained happen? 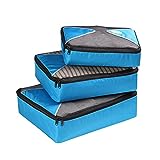